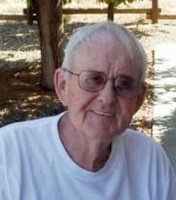 He was 80 years young. Ed was born in Laconia, N.H., to Vivienne Louise Mack and Edward Sager Mack Sr. He graduated in 1957 from the University of Maine as a Civil/Structural Engineer.

Early in his career, Ed spent time on the Apollo program. He moved to Anchorage, Alaska, in 1970, where he met his wife, Lorraine. Ed was President of Tectonics, Inc. and worked in the position of Contract Engineer for Alyeska Pipeline Service Company in Valdez, Alaska.

Along with his love for camping, fishing, an occasional hunt and of course, playing golf, he was an amateur photographer and loved taking photos of nature. Hawaii was his favorite vacation destination.

He is survived by Lorraine, his wife of 44 years; seven children; his sister, Dottie; nephews; grandchildren; and great-grandchildren. Ed (dad) was loved by all and will be sorely missed.