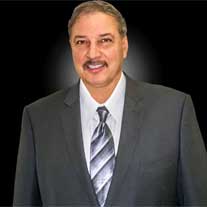 Dennis was born on Oct. 9, 1949, in Pueblo, Colo., where he spent his early years. Dennis graduated from Pueblo County High School in 1967, and earned an AS in Electronics Technology from University of Southern Colorado in 1969. Dennis moved to Alaska in 1977, where he started a lifelong career working for various oil and oilfield service companies as an Instrumentation Technician. After close to a 40-year tenure on Alaska's North Slope, Dennis planned to retire from Alyeska Pipeline Service Company in 2017.

Riding on his motorcycles, Dennis loved to feel the wind in his face anywhere the road would take him. On his time off of work, Dennis loved spending afternoons at the Captain Cook Athletic Club, spending quality time over coffee with close friends and sailing the open waters -specifically the parts around Seward's Resurrection Bay. Dennis was a former private pilot, and his most recent passion was to build and fly remote control drones.

Dennis is preceded in death by his father, Guy Marascola. He is survived by his wife, Irina; his mother, Mary; and his son, Evan; his brother, Robert and wife Cindy; brother, David and wife Michelle; brother, Mark; stepdaughters, Tatiana and Alla; his three grandchildren; and his numerous nieces and nephews.

Dennis was a kind, loving and selfless man who would give to anyone in need, without hesitation or reservation. He will be sorely missed by all who had the pleasure of knowing him.

Funeral services will be held on Friday November 4th, 2016

All are welcome to attend, feel free to bring food or beverages to the reception hall