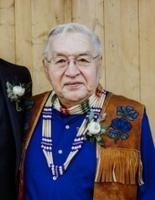 Lifelong Alaskan and Sterling resident Mr. Charles Hubbard, 79, returned home to his wife, Dee Anne Hubbard, who departed us in 2009, on Tuesday, Jan. 5, 2021, at his home in Sterling.

Viewing will be held from 11 a.m. to 12 p.m. on Friday, Jan. 15, 2020, at The Anchorage Funeral Home & Crematory, 1800 Dare Avenue in Anchorage, Alaska. Services will follow the viewing at the funeral home at 12 p.m. The Army will be performing Military honors and officiating the service. Charles will be laid to rest on Saturday, Jan. 16, 2021, next to his one and only true love, his wife in the Cantwell Village Cemetery in Cantwell, Alaska.

Charles was born on Aug. 4, 1941, in Valdez Creek, Alaska, and since then has lived enough for several lifetimes. Among his many accomplishments, he received an honorary Doctorate for teaching language at UAA and UAF, proudly served his country in the Vietnam War and continued his dedication through work with the VFW, fighting for the rights of all Natives in Alaska Native Claims Settlement Act, which lead him to be on the Board for his Tribe "Ahtna." His work ethic in undisputable. At the age of 15, he began working on the Alaska Railroad and went on to work for Alyeska Pipeline for 23 years, which after he retired was asked to come back and write the shutdown procedures for Pump 12. As a hard of a worker as he was, he liked to play just as hard. His hobbies included hunting, fishing, metal forging - knife making - painting, woodworking and basically anything that he could do with his hands. He loved to learn new things and to teach them to the next generation.

He is remembered as a dedicated, loving and proud husband and father by their two boys and their spouses, David A. and Bailey Hubbard and "Frank" C. Francis G. and Rose Hubbard. In addition, they adopted the latch-key kids Elton, Brian, Sean and Jeremy.

Arrangements made by Anchorage Funeral Home & Crematory. Please sign or visit his online guestbook at AlaskanFuneral.com.