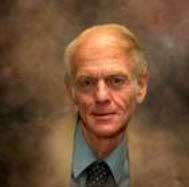 Don was born May 18, 1937 in Louisville, KY to the late William Vaughn and Agnes Paulin Godbey.

Don was a 1960 graduate of the University of Louisville Speed School Of Engineering where he received his Bachelor’s in Civil Engineering; he also received a Masters in Business Administration and a degree in Secondary Education from U of L. Don was a US Navy Veteran where he was a Lieutenant JG in the Supply Corps. As a Civil Engineer, Don worked for Alyeska Pipeline Service Company in Alaska; for Parsons-Jurden Ltd. near Rafsanjan, Iran; and for the US Army Corps of Engineers in Detroit and Louisville. Don’s avocation was traveling especially in national parks; he visited every park in the nation.

Don is survived by his wife Stella Kinderman Godbey of Brandenburg, KY; daughter, Jeannette Godbey of San Francisco, CA, sister, Sharon Goldsmith of Louisville and many nieces and nephews.

Funeral services will be held Sunday, November 23, 2014 at 2 P.M. EST at St. John the Apostle Church in Brandenburg, KY.

Visitation will be held Sunday, November 23 at the church from 1 P.M. EST until the time of the service.