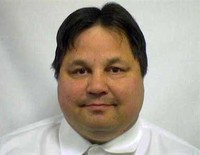 Life long Alaska resident Casey Joseph Ahkvaluk, 54, passed away at his home in Anchorage, Alaska, on July 25, 2017, due to natural causes. A memorial gathering will be held in his honor on Monday, July 31, 2017, from 3 p.m. - 5 p.m., at Legacy Heritage Chapel, Angelus, 440 East Klatt Road. A Catholic Mass will be held in Fairbanks, Alaska, in September, at a time and place to be determined.

His family said Casey was "a kind, talented gentleman whose friendship was treasured by all who knew and loved him."

In lieu of flowers, the family suggests that memorial donations be made to Brother Francis Shelter in Anchorage.

Casey will be laid to rest at Northern Lights Memorial Park in Fairbanks next to his mother.
Arrangements are with Legacy Funeral Homes in Anchorage.