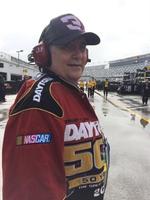 Donald Eugene Dickenson, 65, passed away on Monday, Oct. 29, 2018, in Valdez, Alaska. Don was born on Oct. 1, 1953, in Dallas, Oreg., and moved to Territorial Alaska with his family in 1958. Don spent most of his life in Valdez where he met and married his wife of 46 years, Lynn.
He spent his early years as a commercial fisherman, a Teamster, and held many positions during his long career with Alyeska Pipeline Service Company until his retirement in 2007.

He was a member of the Fraternal Order of Eagles, the American Legion, and the BPOE Elks.

Services will be held at St. Francis Xavier Catholic Church at 2 p.m. on Tuesday, Nov. 6, 2018, followed by a potluck reception at the Valdez Elks Lodge, 339 Fairbanks Drive, Valdez AK 99686, from 3 p.m.-5 p.m. Private interment will be at Valdez Memorial Cemetery.