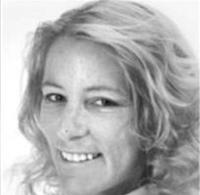 Margaret Dorian Clemedtson died on April 22, 2006. She died in her home in Moorhead, MN, with her husband John and son Ryan at her side.

Dorian was born in Los Angeles, CA, on February 26, 1957. Her parents were Howard Douglas and Catherine Ernistine Henderson. Dorian was the oldest of three sisters and one brother. When Dorian was nine years old the family moved from California to Wahpeton, ND, where her father taught at the State School of Science.

Ever active, Dorian excelled both academically and athletically through high school, forming many friendships and taking part in various after school activities. She went on to the University of Washington in Seattle where her major course of study was English.

Dorian was a very adventurous person, never afraid to try anything new.

After college, and in search of that adventure, she moved to Alaska. Alaska during the late 1970’s and early 1980’s was more untamed than it is even today. Not satisfied with the relatively cosmopolitan Anchorage, single and twenty-something Dorian set off for the oil fields of Prudhoe Bay on Alaska’s North Slope where she worked for the Alyeska Pipeline Service Company. She gave birth to her son Ryan in 1985.

Returning to the lower forty-eight, Dorian was greatly impressed by the experience of flying over Seattle’s Lake Washington in a friend’s WWII-era warbird. She went on to crew a helicopter herding cattle on a Texas ranch. Her interest in aviation would remain throughout her life, and she earned a pilot’s certificate of her own.

Dorian returned to North Dakota in the mid 1980’s. During these years, she continued her free-lance writing and worked on a few film projects. Dorian did some brief location scouting for Leonard Nimoy who was considering filming in North Dakota or Minnesota. Dorian also worked for a time as a life-style reporter for The Forum.

As a child, like many young girls, Dorian dreamt of horses and ponies. Dorian was finally able to fulfill her equestrian dreams in 1988 when she found her beloved paint horse Stormy’s Hope. Stormy was a green horse and Dorian’s experience on horseback was largely limited to childhood pony rides at the carnival. Within a relatively short time, Dorian and Stormy were competing in hunter-jumper classes at local horse shows. The two of them won a silver medal at the 1992 Prairie Rose Games.

It is also through horseback riding that Dorian met her long-time friend, companion and husband John. He was riding a white horse and she was driving a yellow Porsche the first time they laid eyes on each other in the spring of 1988.

In addition to horses, Dorian loved dogs and rescued a number of unwanted dogs over the years. Her favorite dog may have been the Golden Retriever, Abbie, but the list of well-loved dogs includes German Shorthairs, Bassets, Shih Tzus and mutts. She had a passion for exotic birds. Dorian also liked spending her summers with John and Ryan at their cabin on Lake Melissa.

Dorian headed back to Alaska in the mid 1990’s where among many other activities she studied to become an Emergency Medical Technician and worked with the Fairbanks Fire Department. Her daughter Tristian was born in 1996.

Apparently realizing that Alaska winters are even colder than those of Minnesota, Dorian moved to Mazatlan, Mexico. She loaded up her possessions and drove herself through the desolate Canadian Arctic, through the United States, through the Sonoran Desert to end up a thousand miles south of the border. She was nearly kidnapped in Mexico when she stopped at a make-shift road block. Luckily, the passenger side door of her vehicle was inoperable and as the would-be robber made his way to the driver’s side, Dorian ran him over.

After Mazatlan, Dorian made her way north to Nogales, AZ. During her time in Nogales, she worked as a substitute elementary school teacher. She had become fluent in Spanish while in Mexico thus she was well suited to teach in largely Hispanic Nogales. She also wrote and was a photographer for the Nogales International, the local newspaper. Dorian was also able to put her E.M.T. skills to use with the Nogales Fire Department.

In 2002, Dorian moved back to Fargo in order to become a paramedic. She began paramedic training at F-M Ambulance Service and, though she pursued her course of study with her usual passion and gusto, was unable to complete the entire course due to personal reasons.  During these last few years, Dorian continued her free-lance and personal writing. Her interest in photography flourished and she became a very well accomplished photographer leaving behind an impressive portfolio. She and her daughter Tristian also began and enjoyed archery.

Dorian possessed a preternatural understanding of interior design. No matter where she lived, her friends would marvel at how beautifully decorated her homes were. Despite urging from several quarters, she never pursued interior design professionally. Her yards were artistically designed, well maintained and overflowing with her favorite flowers -- daffodils and tulips. Another of Dorian's more domestic interests was quilting.

Dorian had a life-long passion for learning. Her mind was like a sponge-absorbing knowledge and experience along the journey of her life. She was seldom seen without a book by her side. She enjoyed fiction and non-fiction alike, taking in a wide variety of genres and topics, contemporary and classic. She kept a special place for Steinbeck, revisiting his works many times throughout her life.

She had an avid interest in current events. Her television could usually be found tuned to CNN and she read the "Atlantic" religiously. Dorian also traveled extensively. She enjoyed the British Isles most of all. Perhaps the most exotic locale she would visit was Morocco where she marveled at the open air bazaars of Rabat and where she rode a camel.

Her two wonderful children, Ryan and Tristian, are evidence that her greatest skill was motherhood. She was rightfully very, very proud of her children and considered raising them to become the exceptional individuals; they are her greatest challenge and and achievement.

On January 14, 2006, she married John. She and John were only married fourteen weeks but they both agreed that those fourteen weeks were the happiest of their lives. During their marriage, John was able to adopt little Tristian which gave the three of the  indescribably deep joy.