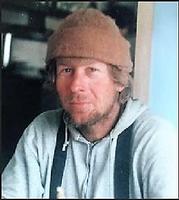 Ron was born on August 30, 1941, in Birmingham, Alabama. He attended the University of Alabama and obtained a Master's Degree in Metallurgical Engineering. He worked for Kaiser Aluminum in several cities. He then worked for Bechtel Corp. on the Trans-Alaska Pipeline for 20 years in Prudhoe Bay, Alaska. He retired in Spokane at the age of 55.

Ron is preceded in death by his parents, Francis and Peggy Garrett, and brothers, Richard and Allen. He is survived by his sister Ginger Garrett of San Luis Obispo, CA, and his life partner, Nancy Paladin, and her family. He has numerous cousins in Alabama, Georgia, and Florida.

In 1981, ten days before Christmas, a plane with four passengers crashed on McKinley's Kahiltna Glacier. Due to strong winds and storms, air support rescue efforts were delayed. Without hesitation or concern for their safety, six veteran climbers from Talkeetna set out to rescue the crash survivors. Four days later, they reached the last snow barrier, located, and rescued two survivors. These heroic men were subsequently named the "Mountain Maniacs" for their courageous effort.

Ron was a member of the Indian Canyon Men's Golf Club. His playing partners Milo, Bill, Tim, Vinnie, Chuck, and Jeff, were among his best friends.

Due to Covid, a celebration will be held in the spring, hopefully. ROLL TIDE!